Genre Mashing: Lessons from ‘Knives Out’ and ‘Freaky’ You’ve likely heard that “every story has been told before,” and that may be true.

Christopher Booker simplified this idea down in his 2004 book, The Seven Basic Plots. It appears that certain story plots repeat regularly.

Just last year, there was the release of the critically acclaimed, Palm Springs, which took the oft-used plot of repeating days and returned it to the romantic comedy genre that many loved in the classic Groundhog’s Day. It has also been used in horror (Happy Death Day), action (12:01, the first on film), teen/coming-of-age (The Map of Tiny Perfect Things, Before I Fall), and science fiction (Edge of Tomorrow).

Genre-blending/genre-mashing/genre-blending — whatever you call plugging familiar plots into fresh genres — is nothing new, but in the past few years, it seems combining genres to create something wholly original has become a rising trend. One of the best-known writers (and directors) of this approach is Rian Johnson, who has made a career out of it. Starting with the feature film, Brick, which mixed classic film noir with a teen drama, and more recently with Knives Out, where he tucked a slow-burn thriller within a classic, ensemble mystery.

Let’s take a look at how different genre-mashed films, like Knives Out, Freaky, and Shadow and Bone manage to turn two seemingly unmatched genres into one.

Knives Out used two very specific styles within the genres Johnson was referencing. The film was marketed as an Agatha Christie-style mystery, which means that there are large ensemble casts, fast dialogue, and the audience is taken on a roller coaster ride to solve the mystery before the detective arrives on the scene. Johnson subverts this quickly by revealing the answer to the mystery. Once this happens, the film focuses on the central three characters of the detective, the (obvious) villain, and the heroine, using the thriller tones of Alfred Hitchcock.

“I do really love engaging with genre, and whenever I do it, I’m not thinking in terms of what needs to be turned on its head or subverted or undercut — I’m thinking exactly the opposite. I’m thinking, ‘What is the thing that I essentially love about this, and what is the thing that means the most to me about it, and how can I most purely express that on the screen?’ Now, to me, expressing that on the screen does not mean photocopying the thing I watched when I was young. It means finding a way to give the audience, in as fresh and electric a way as possible, the actual experience that I am referring to, what I experienced with this stuff as a kid or how this stuff makes me feel.” – Rian Johnson in an interview with “The Verge”.

While both genres and styles in the past center on murder, their approach is completely opposed. And when you watch the film, you can feel it shift tonally between the two.

When looking for a fresh idea, think of two genres you love and specific styles within them that you prefer. Ask yourself, how can you merge them? What’s a character that would exist in both of these worlds? In the case of Knives Out, it was Marta Cabrera (played by Ana de Armas) who seems innocent, but the audience learns is more naive. Johnson isn’t the only one with the idea to try merging genres. The popular YA books, Shadow and Bone, were recently produced into a fantastic TV show, executive produced by Arrival’s Eric Heisserer. The show had the difficult task of, not only adapting a teen, coming-of-age story, in the fantasy genre but combining two different book series set in the same world. The “Grishaverse” consists of the Shadow and Bone trilogy and the spin-off trilogy Six of Crows.

Six of Crows has a very different tone than Shadow and Bone. Whereas the central trilogy feels like a traditional coming-of-age story, with a classic love triangle, Crows is a heist/crime series with an ensemble. In order to combine these two stories, the Crows storyline was treated as a prequel to the books to introduce the various characters before their group fully forms, and create a story that doesn’t happen in the books, but connects with the main storyline. 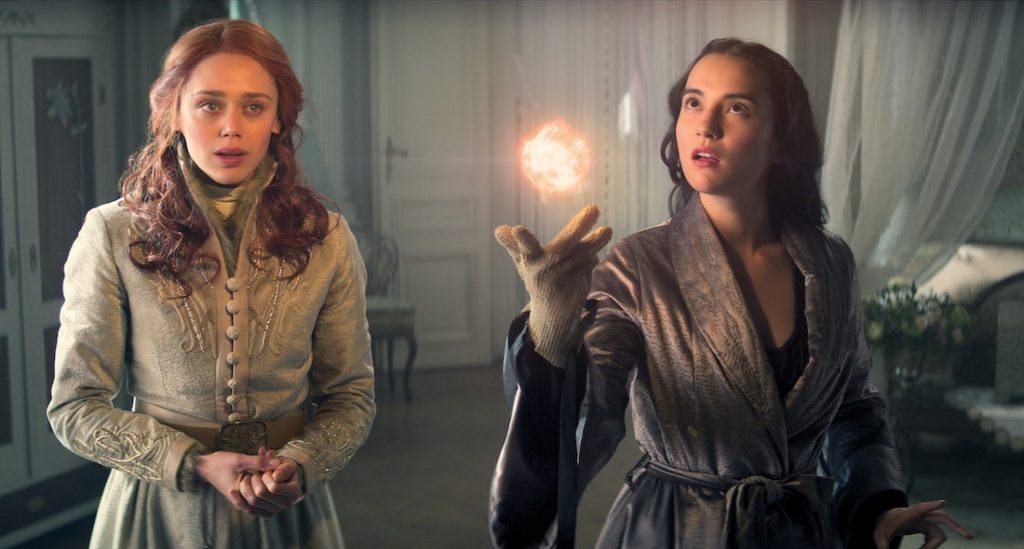 Heisserer and the writing staff of the series pulled this off smoothly by identifying the tropes of the fantasy genre and world-building. Between the elements of a classic fantasy story and the cohesive visual style, both storylines feel like they’re part of the same story. But the tone feels palpably different with the subplot of the Crows, picking up pace and sliding in classic heist tropes and stories that feed it.

The easiest way to merge genres is similar to stealing plots mentioned earlier. Whereas before writers took a familiar premise and flipped it from a drama to a comedy, here, you can take a specific genre (western, heist, crime, fantasy, etc.) and flip it from comedy to drama or vice versa.

This hasn’t always provided the best results (though that can be argued for every screenwriting trend). Blazing Saddles is a classic Western with a comedic spin that is revered, but when Seth MacFarlane tried it in A Million Ways to Die in the West, the film performed well below expectations.

Recently, horror films with a clear comedic bent have faired incredibly well. Horror-comedies have happened in the past, but the genre typically leans darker. Between horror film’s with satirical cultural commentary, like Get Out, or comedic plots with a horror twist, like Freaky and Happy Death Day, the trend doesn’t appear to be dying anytime soon. However, both Knives Out and Shadow and Bone show how much fun and creative writers can be when they get specific with their genre-mash-ups. And it’s worked out for them! Both have seen wild success, with Knives Out receiving multiple sequel orders at Netflix.

One of the most popular spec trends recently has been romance and heists, showing how interested studios are in reinvention in a market saturated with IP. So try it out next time you’re brainstorming. Maybe you’ll start the next genre-mashing craze.

Have your own great genre-mashed feature script? Enter it into the Launch Pad Feature Film Screenwriting Competition!